Why They Rejected You

Home Blog Why They Rejected You

“We regret to inform you.” Don’t you hate those words? I used to hear them all the time. It’s the key reason that people say they hate sales. 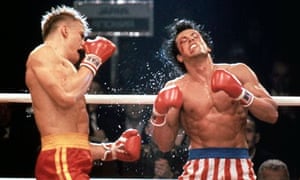 According to the department of labor statistics one in nine people is a sales person. But actually, if you think about it, so are the other eight. Any time you influence anyone to do anything you’re selling them on a course of action; from pitching your team on your profit boosting idea to your partner on where you want to go on holiday, (more difficult!)

When people say they hate selling, they’re really saying they hate rejection. We’ve got to get over rejection because it’s on the other side of rejection that the business is won.

Here is the most important number you’re going to read today. Seven. It’s the number of times people need to be exposed to a new product, service or idea before they will feel comfortable enough to take it on.

We are all basically late adopters. Some are just later than others. It’s a survival instinct. Humans see threats before rewards. If the first time our caveman ancestors saw those luscious red berries, they ate them that could have been the last time they ate anything. Good chance they could have been poisonous. Better to take time to make sure those berries are okay. What makes us feel something is okay? Familiarity. The more we see or hear about something in a positive context the more our brain believes it is probably okay to try. In business, familiarity doesn’t breed contempt, it breeds sales!

That’s not to say everyone will buy. If they don’t need what we have or they don’t have the money they’re not a qualified prospect. I’m only talking about people who can really benefit. Even with those people we don’t want to be a nuisance by phoning them with the same pitch every day. It could be a call, a visit or just an email giving them some valuable information. The best kind of exposure is value based. That could be a sample or just some useful information that positions you as an authority.

Business is a marathon, not a sprint. It takes time for people to get comfortable enough to do business with us. The most successful people hear the word “no” more than anyone. The only way to get to a yes is through those “no’s.” We’ve got to be rejection specialists. So I want to give you a rejection vaccine.

A vaccine is like Karate training for the immune system. By implanting a tiny amount of the disease the body learns to defend itself against it. If rejection is the disease (dis-ease, as in, it makes us feel uneasy) the best way to defend ourselves against it is to expose ourselves to it. If you avoid it you build up even more fear toward it. The more you experience it the more immune you become to it.

By regularly offering your services through big pitches or small – experiencing the inevitable rejection that will come, you will find it less and less scary. The key is to feel the fear and do it any way. The more you pitch the less fear you feel. And the more you pitch, the more likely you are to eventually win.

So when ever you can, grab opportunities to pitch your ideas, products or services. And know that Gods delays are not Gods denials. As long as you’re offering great value success is around the corner but you won’t get there if you don’t get out there and ask for the business.