The Most Inspiring Company I’ve Ever Worked With

Home Blog The Most Inspiring Company I’ve Ever Worked With

“Customers will never love a company until the employees love it first.”
Simon Sinek

Earlier this year I presented at 18 conventions around Southern Africa for PEP– the largest single brand retailer in Africa. I’m sure this is the most inspiring organization I’ve ever worked with. When I started on the speaking circuit about 14 years ago, PEP was nearly bankrupt. The following year, after totally reinventing their culture, they achieved double-digit growth. They have continued to do so for the past fourteen years. This may be a world first.

The smell of the place

What is “corporate culture”? Professor Sumantra Goshal calls it “the smell of the place”. Goshal’s hometown was Calcutta – temperature nearly 40 degrees Celsius, humidity 98%. You’re sweating already. Goshal said when he went home in the summer all he wanted to do was sit inside, stay in bed and sleep. Goshal was a professor at INSEAD near Fontainebleau, one of the prettiest forests in Europe. He describes how in spring you go for a walk but something about the trees, the smell of the air just makes you want to jog, jump, catch a branch, throw a stone. Does your corporate culture smell like “Calcutta in the summer” or “Spring in Fountainbleau”?

My first encounter with PEP was with Davie Louw, People Support Manager. Just talking to Davie I could immediately feel the “spring in Fountainbleau” or as I like to think of it: “the PEP in my step”. Passion is contagious and Davie’s passion is turbo charged. He sounded more like the high priest of a cult than a corporate guy in human resources. “This company,” he told me, “is built on purpose. The average price of an item at PEP is R12 [just over a dollar]. Our customers are remarkable people. On a very small budget PEP makes it possible for their families to live with dignity and pride.”

When we travelled through Botswana, a guard, seeing our PEP nametags stopped us. (At PEP even the CEO wears a nametag.) “Thank you.” He said. “It’s because of you that my kids can go to school.” PEP provides school uniforms for over 50% of all Southern Africans. No one else has figured out how to provide them as affordably. When you’re on a mission you find a way.

Leon Lourens the MD of PEP says: “A company that only exists to make money is a very poor company.” If you’re only in it for the money you’re a mercenary. When you’re driven by purpose you become a missionary. PEP’s earnings prove that being a missionary also happens to be the best way to make money.

The power of culture

MIT Professor Edgar Schein, defines “artifacts” as the visible manifestation of corporate culture. PEP has many. There is no such thing as “staff” or “employees”. At PEP you’re a “Dynamo”. Every one of their 1600 stores starts the day with a PEP song or prayer. You don’t shake hands, you high five. They have many sayings like: “At PEP you never walk alone.” You don’t leave yourself at home when you come to PEP. Every death, birth or marriage that happens is shared with all 13 000 Dynamos.  Their guiding principle is Sikhula KunYe – “we are growing together. That’s more than a cute saying. 52% of appointments are through internal promotions. Staff retention is 92%.

One Dynamo told me he left a better paying job to come to PEP. Why? Perhaps it was something to do with “the smell of the place”. When he walked into a PEP store, “everyone was smiling and energized. These people were like me.” Creating “Spring in Fountainbleau” doesn’t just attract customers it’s the ultimate talent attraction and retention strategy.

While travelling through another small African country, Sales Director, Wynand Moller, pointed out that fourteen years ago the stores in this region had the highest internal theft. Today their stock losses were almost zero. I assumed that he must have fired everyone and brought in extra security. “We had abusive managers,” he told me. “The staff were resentful and took it out by stealing. We removed the managers, brought in our new culture and took out the security guards.” “Took out the security guards?” I asked. “Yes,” he said, “you don’t create trust by spying on people.” Same people. Different culture. No theft.

PEP is not all “spring in Fountainbleau”. When I arrived for my first major meeting with management the truth is it felt more like “Calcutta in summer”. I have presented to hundreds of companies but PEP made me do something that no other ever has. They made me do an unpaid presentation after which they gave me a two-hour critique on how I could make it better. Let’s just say it was no holds barred. PEP is obsessed with performance. If everyone from a factory worker to the CEO is constantly getting feedback or as I like to call it “feedforward” why shouldn’t the guest speaker? As I said Sikhula KunYe – “We are growing together”. More than just a cute saying.

I wish you could have seen one of the conventions I had the privilege to speak at. They were more like evangelical rock concerts. Not because they were religious. PEP is diverse and respects all faiths but because you could sense the zeal these Dynamos feel for one another and their customers. Everyone had to do plays or songs on the theme: “Choices”. This wasn’t the usual data dump you see at many events. Here everyone was actively engaged in thinking about the true meaning of “choices”. Then there were the award ceremonies. I’ve never seen so many 30 and 35-year service awards in my life! The executive personally high five and thanked every single Dynamo.

Retail is not easy. It’s hard work and long hours yet more than one Dynamo told me that they looked forward to going to work. It’s hard to define a culture. That’s why Goshal resorts to the “smell of the place” metaphor. Another way to put it is “the feel of the place”. I’d describe the feel of PEP as love. These guys love what they do; they love who they do it with; and they love who they do it for.

My friend Marc Kahn, Head of HR & OD at Investec, another extraordinary corporate culture, totally different from PEP, says, “culture isn’t a part of the company, culture is the company. It’s there whether you create it or not.”  So, what’s the smell of your place?

“My most heartfelt thanks for the wonderful presentation you gave to us today. You certainly give part of yourself and your soul in these and as a result touch and inspire us. Your words today definitely inspired me with the courage to realize a vision I have for the next five decades of my life.” Nicky Holtzhausen, Old Mutual, Senior Manager

Science proves the key to success is more…

Double Your Sales With This One Thing 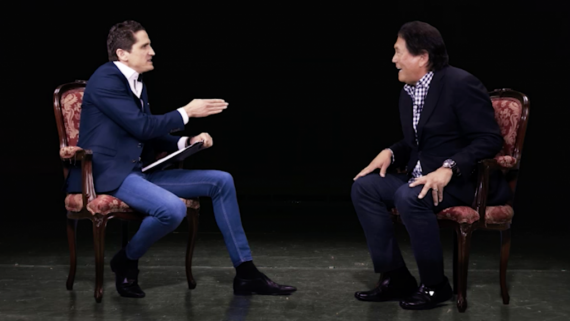 What the rich know about money that the poor don’t.

The Key To Getting More Clients

The death of steve jobs