Teach me – tell a story

You know those kids at school who didn’t have to work and got an A+, well I was the kid who had to work really hard for my D-. In our school if you weren’t good academically you had one other way to redeem yourself: sport. Unfortunately I had the eye-hand coordination of a blind amputee. Encouragingly my teachers used to call me Loskop—lose head. (The self-esteem movement had just begun!) Those were tough years but there were days when I felt better about myself, not just better, I felt like superman, generally that happened when I was watching … Superman. You know when you’re reading a book or watching a film and you become the hero. I didn’t watch superman, I was superman or Rocky or Hamlet or whatever other hero I happened to be living through. And it was a good feeling because during that hour or two I got a sense of what was possible.

As I got older I became intensely curious about how stories could do this, could make us feel like we were somebody else. I pursued the question right up into my postgraduate psychology studies. Back then there was a lot of speculation but no hard science. Finally, towards the end of the last millennium the answer began to emerge. It would explain a lot more than the power of story telling.

What scientists at the University of Parma in Italy discovered was that when a monkey grabs a handful of peanuts and puts them in his mouth certain neurons in the brain fire. At first the researchers assumed that these neurons were just a part of the brain making the muscles move. But they soon realized that when the monkey just observed another monkey grabbing a handful of peanuts, the same part of the brain would fire. Called mirror neurons, these microscopic brain nerves fire both when we observe an action and when we take it ourselves. This began a revolution in brain science. See up until then it was thought that the brain was like a window through which we looked at the world. Now we know the brain is actually a virtual reality machine. We don’t just observe people doing things; we experience it as if we were doing it ourselves.

Ever wondered why when someone bangs their fingers in the door you feel yourself wincing in pain. That’s your mirror neuron network putting you in their shoes. Or think about how negative people bring you down, how happy people make you feel happy. We don’t just mirror actions we mirror the emotions of the people around us, all the more reason to chose who we hang out with. Be with who you want to be.

The mirror neurons explain why we love stories so much. With our mirror neurons we don’t just watch the hero, we become the hero and that can change us when we go back to our own lives. Getting to spend the afternoon as Clark Kent, I discovered if he could rise out of his inferiority and be something more, so could I.

The mirror neurons enable humans to do something that virtually no other animal can – imitate. Stick your tongue out at a dog and it will probably wag its tail. Stick your tongue out at a baby and it sticks its tongue right back at you. First we simulate the action internally with those special neurons of ours, than we imitate. Its how we learn to walk, to run, to speak, it’s the way we learn to make and sell products, to give good or bad service, to form healthy or unhealthy relationships. It’s all a process of imitation. Mirror neurons see, mirror neurons do. But we don’t just imitate people in life, we imitate people in stories.

Psychologist Robert O’Conner showed a film to a group of extremely shy kindergarten children. In the film a solitary child watches some kids playing. Gradually the child joins in and has lots of fun. Simple story, character is alone, sees kids having fun, joins in and has fun too. OK, it didn’t win an Oscar, but after seeing the film, or should I say living the film, the shy children immediately became more sociable. Even more astounding, six weeks later, the withdrawn children who had not seen O’Connor’s film remained as isolated as ever while those who had viewed it were now the most sociable in their class. How did the very fabric of their personalities transform. Their mirror neurons enabled them to simulate a new reality and then imitate it. Want to know what happens when kids watch continual violence – they don’t become the Dalai Lama.

So how do we use the power of stories to change behavior and build our corporate culture? Simple, tell more success stories. Instead of just recognizing excellence, get those who have been recognized to tell their story. You don’t have to wait for the end-of-year award ceremony. In your weekly team meetings, get each person to share a story about how they or someone else they’ve observed has lived a corporate value, solved a problem or delighted a customer. That way everyone gets to mirror that success in their own lives. Spread those stories and we can all be superman!

Justin Cohen is an international speaker. His keynote presentation is called What’s your story? For more information go to www.justinpresents.com

How you are likely to die – and how to prevent it.

The power of optimism 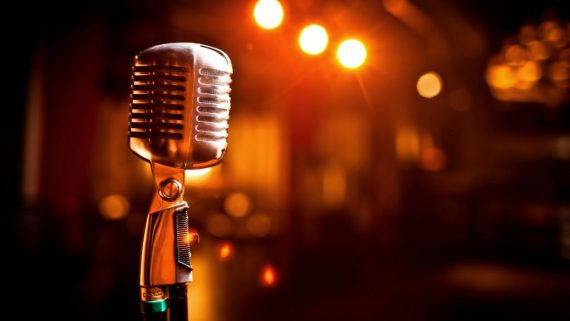 HIRING A SPEAKER? DON’T! NOT UNTIL YOU ANSWER THESE 10 QUESTIONS

The #1 Key to Success

The Wrong Way to Motivate People