The Most Powerful Antidepressant: Your Thoughts

Home Blog The Most Powerful Antidepressant: Your Thoughts

I went partying on Saturday night. I wasn’t really in the mood. I was feeling a bit flat and self-conscious. Until the drugs kicked in. Caffeine and alcohol. Red Bull and Vodka. Suddenly I was in the zone, brimming with confidence, bubbling with vitality, speaking freely to strangers — maybe too freely. Astonishing how chemistry can transform our state like that!
Take serotonin, one of the brain’s key chemicals of happiness. How do we know this? Largely because of the effects of two of the world’s most popular drugs: Prozac and Ecstasy. Popping Prozac makes you happy, popping Ecstasy makes you really happy. Well, not for everyone and sometimes with dangerous side effects. But neither of these drugs give us anything we don’t have already. All they do is boost our body’s own natural supply of serotonin. Turns out there is another way to boost serotonin.
British scientist, Dr. Stephen D. Martin gave one group of depressed patients a course of serotonin-boosting anti-depressants. Another group participated in therapy that helped them shift out of negative, self-defeating thought patterns. Both interventions were almost equally effective in reducing depression. More astonishingly, both groups showed virtually the same altered brain activity. In fact the group that changed their thought patterns showed even greater activation of the cingulate gyrus, the part of the brain which responds to serotonin. Both drugs and therapy have their place but studies like these prove the power of our thoughts.
Depressed people are usually not depressed because they have terrible lives, they’re depressed because they have terrible thoughts. But even if you’re not depressed, what can you do if you find yourself in a negative thinking downward spiral. You can change your thoughts through what I call the 3 D’s:
1) Disputation: Debate the thoughts with three questions: 1) Is this really true? Most negativity exaggerates and catastrophizes. We often lie to ourselves making things worse than they are. 2) Ask: What is good about this? Look for evidence of why it’s not quite as bad as you think. Or identify how this can build your character or teach you something. And finally 3) ask yourself: What can I do about it? And start focusing on solutions.
2) Distraction: Instead of ruminating on the thoughts do something else. Call a friend, read a book, meditate, exercise or implement a solution. Finally,
3) Detachment: Choose not to react to the thoughts. In Buddhist Psychology thoughts are seen as similar to sensations. Just like sights, sounds or smells, we can accept them neutrally, non-judgmentally without giving them our attention. The aim here is not to suppress or resist the thoughts, which energizes them, we simply let them be and let them pass.

So, next Saturday night I’m going to get slammed … on my thoughts. Jokes aside in a future episode I’ll show you how it’s possible to get drunk without a drop of alcohol.
“In the beginning there was the word.” So the Gospel opens. What is a word but a single thought. Thoughts create emotions. Emotions create actions. Actions, habits. Habits, character. Character, destiny. Govern your thoughts and you govern your destiny. Now experiment on yourself.

Justin Cohen is a professional speaker and author of four books & seven audiobooks. As a leading authority on human potential, with a postgraduate degree in Psychology, Justin Cohen speaks and trains internationally in the fields of motivation, sales, service and leadership. He has presented in nearly twenty countries, and in virtually every industry to an average of 10 000 people annually. Justin is a Certified Speaking Professional and a Southern African Speaker Hall of Fame inductee. For more go to:

Images and videos courtesy of www.canstockphoto.com
Music: “I Knew a Guy” by Kevin MacLeod (incompetech.com)

How one man can save the planet

The Biggest Mistake We Make In Pitching 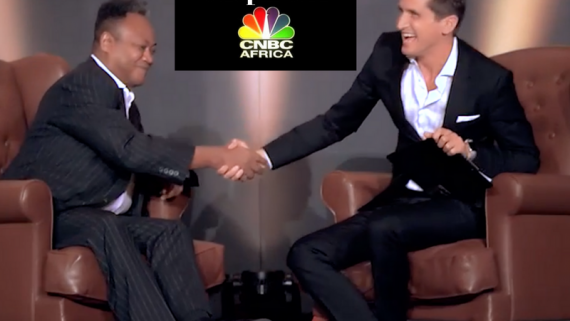 Triple the Chance of Achieving a Goal