There seems to be an assumption that as a Jew one can’t respect Islam or that as a Muslim one can’t respect Judaism. This is ludicrous because in fact Judaism and Islam are closer than any other two religions. Not only are they monotheistic and share a single father, Abraham, they are similar in fundamental religious outlook, structure, jurisprudence and practice. The Hebrew Torah and the Muslim Qur’an have many shared stories and laws. For example both prohibit religious imagery, pork and gossip, while both proscribe fasting, almsgiving and circumcision. Muslims commonly refer to Jews as fellow ‘People of the Book’ who follow the same general teachings. The Qur’an, (5:5) even allows Muslim males to marry women from the ‘People of the Book’. Just in case there is any doubt in the respect that Islam holds for members of other faiths, it was the Prophet Mohammed (PBUH) who said: ‘When the coffin of anyone passes by you, whether Jew, Christian or Muslim, rise to your feet. As for Jews, it was an Israeli Rabbi who told me that Muslims were my cousins and that I could pray in a Mosque.

My high regard for Islam really began when I left University and travelled through the Middle East. It was there that I talked and lived with Muslims and discovered the beauty of their faith. There was the hospitality of the religious Doctor I met in Istanbul, Aamir who invited me to stay with his family. That’s when I discovered Salah, the statement of the absolute unity of G-d, which Muslims observe in their five times daily prayers. What I continue to revere is the way Muslims prostrate themselves when they pray. There’s something about throwing your self face-down on the floor which epitomises the submission to G-d. There’s a deep sense of humility in that physical act that is liberating. It was Aamir who taught me that the very word ‘Islam’ means submission. The idea that an ideal relationship to G-d is one of submission and surrender has brought me great peace over the years.

As a personal development author and professional speaker, my work would be much impoverished without the wisdom of Muslim Sufi mystics like Rumi, not to mention the wonderful parables from the Qu’ran. I frequently quote these in my presentations and not only when I speak to Muslim audiences in the Middle East. Islam provides wisdom for us all. Occasionally I am asked about the violence that has been perpetrated in the name of Islam. These people are quick to forget the violence perpetrated in the name of Judaism and Christianity over the centuries. In fact in Judaism we’ve got an old saying: ‘Don’t judge Judaism by the Jews’. Perhaps the same could be said of any great faith.

There are people who question my affinity to Islam by raising the conflict between the Israelis and the Palestinians, as if as a Jew I always have to side with Jewish Israel and be against Muslim Palestine. That kind of thinking smacks of immaturity. If my family is fighting with your family can I not acknowledge that there are times when my family are wrong and yours are right? Do I have to accept the preposterous notion that my family is always right because they are my family? This flatly contradicts what Torah teaches us, to be self-critical, humble and to know that humans are imperfect. In fact Judaism asserts that a good non-Jew can get a better place in the world to come than a Jew. Let’s transcend that infantile us-and-them mentality and realise once and for all that there are good people and bad people in every nation, tribe and religion. Let’s remember that the essence of all great faiths is love. As the Prophet Mohammed (PBUH) said: ‘Do you love your creator? Love your fellow-beings first.’ 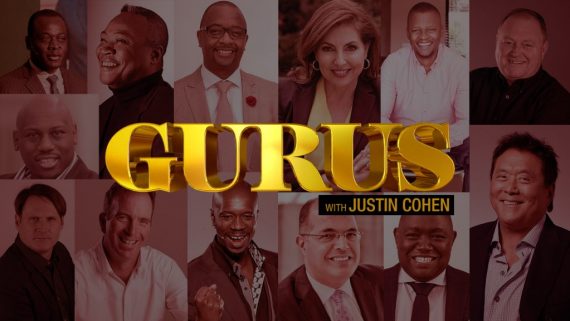 Can you buy a new life?

When Visualisation Makes You Fail

The seeds of greatness

The Vaccine For The Virus Taking Over Our Minds