“Build it and they will come,” is a lie.

Home Blog “Build it and they will come,” is a lie. 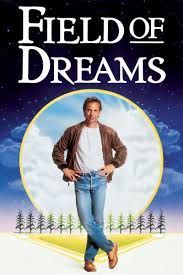 Have you ever been convinced that you had the best offering? Yet you lost the deal to a competitor offering less value at a higher price? That happened to me a lot. I struggled for years to close deals.

I remember the day I finally got my wakeup call. I’d just lost a five figure deal to someone offering less value at a higher price! Working my frustration out at the gym, it hit me: if I was convinced my offering was the best and I didn’t get the deal than clearly offering great value is not enough! It’s not enough to have the best product, you’ve got to have the best pitch.

Remember Kevin Costner in Field of Dreams. Costner plays this small time farmer but his real love is baseball. He wants to convert his farm into a baseball pitch but like anyone with an entrepreneurial dream he’s nervous. What if he puts in all that time and money and it flops? That’s entrepreneurship: high reward, high risk. While he’s struggling with this dilemma, these words come to him kind of like the voice of God from the heavens: “Build it and they will come.” These words inspire him to take the risk. He builds the pitch and boy do they come, in droves! Happy Hollywood ending, cue music. Just one thing, in reality, Build it and they will come, is a lie. It’s a beautiful lie, but it is a lie.

Build it – and here’s the kicker – pitch it better than anyone else, and then and only then maybe will they come.

If you’re anything like me you’re passionate about your products and services. You want to make a real difference in your customer’s lives. You’ve spent a lifetime going from good to great.

Imagine bringing a life saving drug into the world. A drug that cures a form of cancer. Surely you wouldn’t have to market that? News would spread like wild fire. Sick people would be beating your door down! Wrong.

According to the Washington Post pharmaceutical companies spend more on pitching their drugs than on research and development. If it’s like that for a cure for cancer, why should it be any different for what you and I have to offer?

No wonder that a series of studies on the buying behaviour of more than 100 000 decision makers found that nearly 40% of B2B buyers select a vendor based on the skills of the person making the pitch rather than price, quality or service.[i]

Once I accepted reality I immersed myself in every book and program I could find on sales and marketing. At first I did it purely as a means to an end. See, my mission is to equip and inspire individuals and organisations to realize their potential. I do this through the various books and programs that I’ve produced. If fulfilling my mission required getting good at pitching I would do it, whether I hated it or not.

I never thought of offering this as a service until I was asked to deliver the keynote presentation at an international conference for EY, one of the big four accounting firms. Afterwards their CEO called me to ask if I would coach a team who had a major pitch coming up to one of the world’s biggest banks.

This was a multimillion dollar deal but it didn’t look good. Their UK office had recently lost the European business and now the pressure was on the African office to win it. They didn’t believe they had no more than a 20% chance. I was nervous. It’s a stereotype, but accountants generally aren’t renowned as great communicators. If an accountant’s wife can’t fall asleep she says to her husband: “Darling, tell me about your day.”

The team diligently applied the Pitch to Win formula. After the pitch there was dead silence. And then the selection committee did something unprecedented. They stood and applauded. Now it was clear to me. Pitching was not an inborn talent. If accountants could do it anyone could!

Justin Cohen is the author of Pitch to Win available at all good bookstores. Sign up for his free Pitch to Win Master Class by going to www.justinpresents.com

This is how fast the world is changing

Double your sales in 5 minutes

The Key to Change

Single Wives SA on M-Net at 8pm on Thursday’s